In preparation for the upcoming launch of electric vertical take-off and landing (eVTOL) vehicles, also known as “flying taxis,” Altaport, Inc. has built a vertiport automation system (VAS) to facilitate the future of travel by automating ground infrastructure operations which it says is the first in the world of this type of platform.
The Altaport platform controls a range of activities on behalf of ground infrastructure managers, including resource management and scheduling, ground movement safety monitoring, passenger management, and fee collection. With Altaport, infrastructure managers can drive efficiency, revenue optimization, and safety at their landing facilities, all while reducing staff workload. 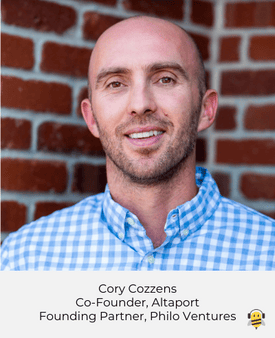 Based in Salt Lake City, Altaport was co-founded by former Airbus and Google employees who saw the need to prepare today’s ground infrastructure for the future of high-volume eVTOL and cargo drone traffic. “The industry is severely unprepared for the demand to come,” said Cory Cozzens, Altaport co-founder and Philo Ventures founding partner. “We’re only a couple years away from the introduction of eVTOLs, but most landing infrastructure managers are still using archaic toolsets to manage their operations.”
Altaport was launched within Utah-based Philo Ventures startup studio. It is a fund investing in early stage innovation in aviation, outdoor hospitality and sustainable infrastructure. Philo has put in place a dedicated team focused on zero-to-one innovation, as well as shared recruiting pipelines, toolsets and expert and investor networks. Leveraging the studio platform to validate and launch several new businesses each year allows Philo to create more predictable success in an otherwise chaotic environment. “Being able to pursue our passion for zero-to-one creation, without all the turmoil and inefficiencies that typically define that phase of creation, is both exhilarating for our team and productive for our portfolio companies,” said Cozzens.
“Our approach to the studio model was tailor made for Utah’s innovation community,'' said Chad Staheli, Philo Ventures founding partner and CEO. “Through our model, we’re able to tap into the immense talent coming out of this state’s universities and tech companies for key co-founder and operator roles, providing them with a level of active partnership, support, resources, and mentorship that they wouldn’t get in any other entrepreneurial setting. There are a significant number of incredibly capable individuals in our own backyard that have the ideas, passion, and training necessary to build new high-value ventures. We’re providing one more path to entrepreneurship for these folks.”
eVTOLs expected to begin initial commercial flights by 2024. Forecasts by NASA, McKinley, and Morgan Stanley predict that the advanced air mobility (“AAM”) market will grow into a $9 trillion market by 2050—with an individual vertiport serving over 100 autonomous flights per hour, in coordination with a network of as many as 300 vertiports within a single metropolitan area. A robust, interoperable vertiport operating and communications system is vital to managing the magnitude of interactions to come between vertiports and operators.
A July 2021 NASA report highlights issues pertaining to vertiport operating and communications systems that affect eVTOLs. It was commissioned by NASA and authored by a group of Vertiport stake holders including Deloitte, Boeing, and NUAIR (Northeast UAS Air space Integration Research Alliance, Inc.), a New York-based nonprofit whose mission is to safely integrate uncrewed aircraft systems (UAS) into the national airspace, enabling scalable, economically viable commercial drone operations, and is titled “Vertiport Automation Software Architecture and Requirements.”
Altaport’s platform both reflects and builds upon the system outlined in the NUAIR VAS white paper. “We’ve spent more than a decade building and launching operations that are highly reflective of what future AAM operations will look like, giving us unique insight into the challenges and opportunities that such operations present,” said Cozzens. “The Altaport team has combined the learnings from those experiences with the technical standards established by the industry to date to build the leading vertiport automation platform. When the first eVTOLs begin commercial operations, Altaport will be prepared to serve landing locations around the world.” 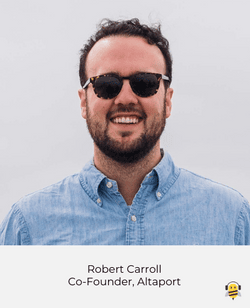 Altaport’s platform is currently used at numerous major heliports throughout Brazil, playing an important role in the development of tomorrow’s AAM landing network. "We are thrilled to see existing ground infrastructure managers use our platform," said Altaport co-founder Robert Carroll. “Adopting Altaport’s technology early will enable landing locations to effectively prepare for the transition to electric and hybrid-electric aviation.”
While helping heliports streamline their operations today, the partnerships also give the Altaport team an opportunity to gather invaluable real-time feedback within an environment that is highly analogous to the future AAM operations network. “Altaport’s VAS platform will play a critical role in establishing and growing a safe and efficient eVTOL ecosystem,” said Grant Fisk, co-founder of Volatus Infrastructure. “We believe their VAS is a key piece in the Volatus vertiport package, which is why we partnered with Altaport early on. We particularly appreciate how their work with heliports today is going to directly translate to and benefit the eVTOL world.”
Using Brazil’s helicopter market as an analog for advanced air mobility traffic, Altaport has deployed its technology at high-volume helipads and major air taxi operators in São Paulo. By early 2023, Altaport plans to be active at both heliports and general aviation airports in LatAm and North America, laying the foundation of the AAM ground infrastructure network needed to support the launch of eVTOL operations in 2024.


Mark Tullis – Mark is a co-founder and writer for TechBuzz. Born and raised in Ogden, Utah, Mark attended Weber State, Brigham Young, and Tufts Universities. He has worked in tech and publishing since the mid-1990s.
MORE TECH BUZZ NEWS

Our mission is to be a catalyst for the success of the Utah tech and startup ecosystem.