Microsoft today announced that it acquired Lumenisity, a U.K.-based startup developing “hollow core fiber (HCF)” technologies primarily for data centers and ISPs. Microsoft says that the purchase, the terms of which weren’t disclosed, will “expand [its] ability to further optimize its global cloud infrastructure” and “serve Microsoft’s cloud platform and services customers with strict latency and security requirements.”
HCF cables have been around since the ’90s. But what Lumenisity brings to the table is a proprietary design with an air-filled center channel surrounded by a ring of glass tubes. The idea is that light can travel faster through air than glass; in a trial with Comcast in April, a single strand of Lumenisity HCF was reportedly able to deliver traffic rates ranging from 10 Gbps to 400 Gbps.
“HCF can provide benefits across a broad range of industries including healthcare, financial services, manufacturing, retail and government,” Girish Bablani, CVP of Microsoft’s Azure Core business, wrote in a blog post. “For the public sector, HCF could provide enhanced security and intrusion detection for federal and local governments across the globe. In healthcare, because HCF can accommodate the size and volume of large data sets, it could help accelerate medical image retrieval, facilitating providers’ ability to ingest, persist and share medical imaging data in the cloud. And with the rise of the digital economy, HCF could help international financial institutions seeking fast, secure transactions across a broad geographic region.” 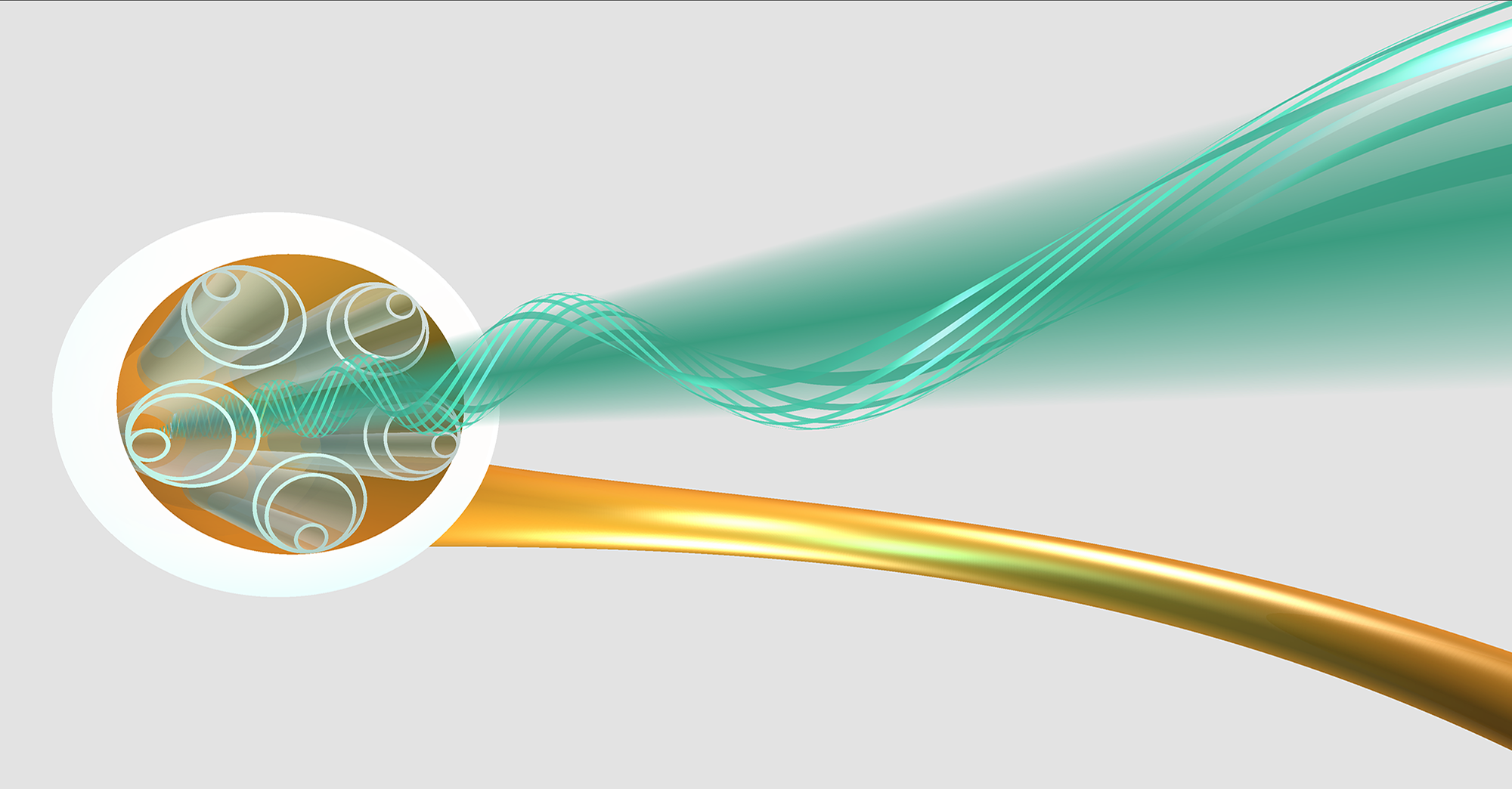 An illustration of Lumenisity’s cable design. Image Credits: Lumenisity
Lumenisity was founded in 2017 as a spinoff from the Optoelectronics Research Centre at the University of Southampton to commercialize research in HCF. Prior to the acquisition, the startup raised £12.5 million (~$15.35 million) in funding across several funding rounds from investors, including the Business Growth Fund and Parkwalk Advisors.
Lumenisity claims its fibers are deployed in customer networks “with the longest spans ever reported utilizing HCF technology.” Beyond Comcast, U.K. operator BT recently piloted Lumenisity’s tech, which BT claimed at the time had the potential to slash latency by up to 50% compared to traditional fiber. Infrastructure company euNetworks Fiber UK Limited is also testing Lumenisity cable to serve the London Stock Exchange.
Earlier this month, Lumenisity completed construction of a 40,000-square-foot HCF manufacturing facility in Romsey, U.K., which the company says will enable “scaled-up” production of its HCF technology in the future.
“This is the end of the beginning, and we are excited to start our new chapter as part of Microsoft to fulfil this technology’s full potential and continue our pursuit of unlocking new capabilities in communication networks,” Lumenisity wrote in a statement on its website. “We are proud to be acquired by a company with a shared vision that will accelerate our progress in the hollowcore space.”

‘We’re like an island’: inside Florence’s secret neighbourhood – The Guardian